How to make Piston in Creo Parametric

After completing this tutorial you will get the final form of piston as shown in following figure. 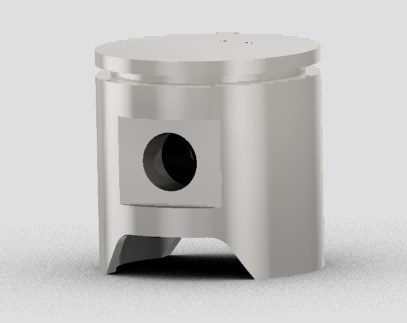 Create datum axis of piston cylinder. Select the right and front plane while creating the datum axis and name it as cylinder-axis. 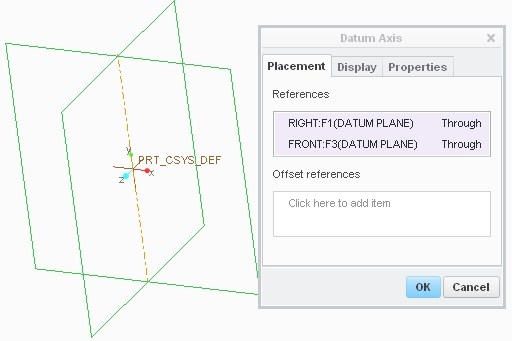 Create the datum axis and use top and right plane to create it and name it as piston-pin axis. 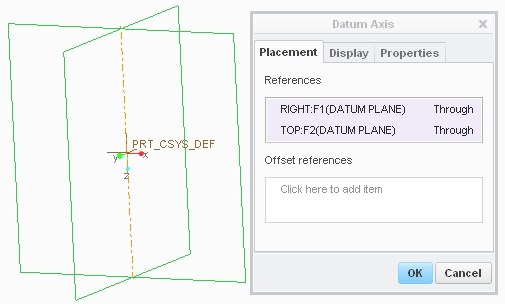 Now click at the extrude icon and then select the top plane and create a circle of diameter 30.50 and press ok.

Now make extrude as shown in the fig below. The figure is self-explained. 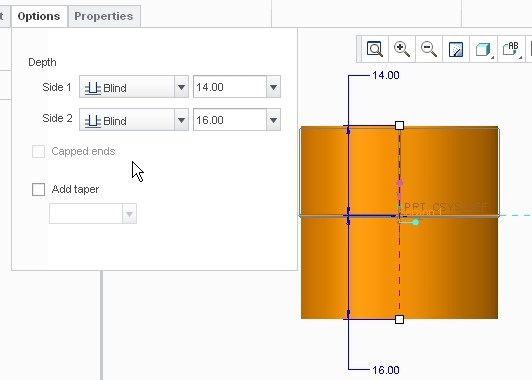 Now select the front plane and draw the curve as shown in fig. you need you draw the some constraint like perpendicular for left side which is 1 unit high and coincident for the point at right side. This curve should be drawn on cross sectional side of above cylinder.  After creating this sketch just revolve it at 360o

Now select the other cross sectional side and make the sketch like shown in fig. I draw half of the sketch and then used mirror tool to complete like as in fig. After this use extrude cut to remove the material and select the depth of extrude up to 25.

Now click at extrude icon and select the front plane and draw the sketch as shown in fig below.

After creating it just extrude the sketch to remove the material from whole surfaces. Use “trough” option of extrude with “remove material “ option active.

Now make a hole of diameter 8 and use the piston-pin-datum-axis, that we have drew in the second step, to place the hole on the surface. 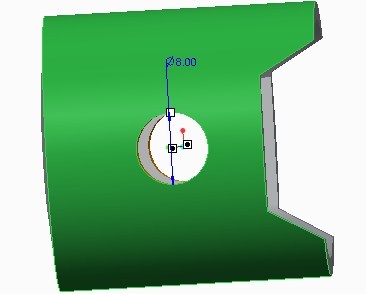 Again select the front plane and draw the sketch according to the fig below and use revolve cut to produce a cut along he circumference. 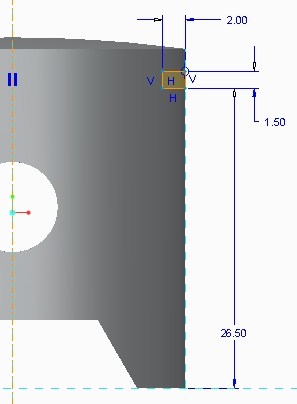 After revolve select the right plane and draw a rectangle with dimensions shown in fig.

Now use extrude tool to remove the surface to make the part like in the figure.

Now select the front plane and make a circle with constraint in diameter with the hole and extrude it with .thickness “2” as shown in fig. Make sure that extrude doesn’t cross the cylinder surface.

Again draw a circle on front plane and either make it tangent to the upper and lower edge as shown in fig, or use its diameter equal to “10” . 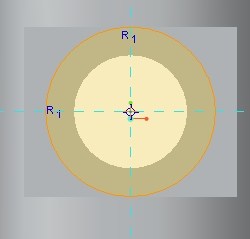 Now extrude-cut the sketch and Use symmetric sketch and depth about “7” so you can get 14 over all extrude. 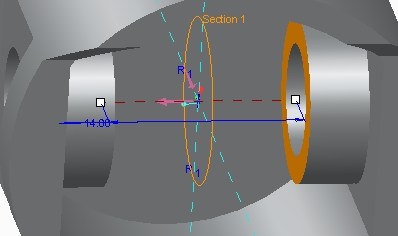 Get Gears right in
your inbox

3 responses to “How to make Piston in Creo Parametric”